Hell, I say follow the beat of your own drummer and beat the drum about who you are. 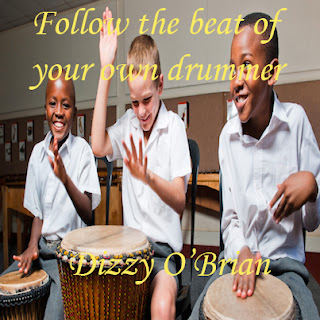