Be The Superstar You Truly Are 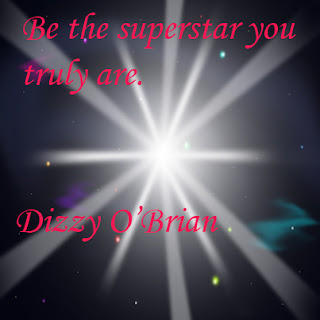 Back in the day, see, the Masons were not just these great bricklayers that built the pyramids. The Masonic Lodge was and is a secret society of high priests and mages that were the guardians of the secret teachings.
The rational behind keeping the secret teachings a secret was kind of two fold;
1. The fear that the wrong people would get their hands on the information.
2. The belief that the average person just wasn’t ready to handle the information.
After awhile, there came about a split in the Lodge and there was then the White Lodge and the Black Lodge.
The folks of the White Lodge were for making the information available to everyone. They reasoned that number one was a moot point as enough of the wrong people already had gotten their hands on the information.
Part of this secret teaching was that god resided in every man and every woman. Every man and every woman was a star and could avail themselves of this divine wisdom and power if they so chose.
Of course this idea flew directly in the teeth of the old pharaoh/judge system that said the pharaoh was god or (later) was chosen by god. Well, of course he was, since he was human but, in this system, he was the only one who could speak for god.
In the time of Mosses, if you said you had spoken with god, you were summarily taken out and stoned to death. Mosses was a renegade from the Lodge.
Later, when Jesus told his followers that god was in, and waiting for them to drop by and knock on the door, well, we all know how that turned out.
Which brings us to point number two, possibly still debatable given the current situation. But while you debate this point, chew on the lyrics from this song by Earth Wind and Fire;
Shining Star
When you wish upon a star
Your dreams will take you very far
But when you wish upon a dream
Life ain't always what it seems
What'd you see on a night so clear
In the sky so very dear
You're a shining star
No matter who you are
Shining bright to see
What you could truly be (What you could truly be)
Shining star come in to view
Shine its watchful light on you
Give you strength to carry on
Make your body big and strong
Born a man child of the sun
Saw my work had just begun
Found I had to stand alone
Bless it now I've got my own
So, if you find yourself in need
Why don't you listen to these words of heed
Be a giant grain of sand
Words of wisdom, "Yes I can"
You're a shining star
No matter who you are
Shining bright to see
What you could truly be

Email ThisBlogThis!Share to TwitterShare to FacebookShare to Pinterest
Labels: superstar