From Elevator To Elevated 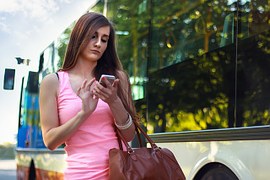 In previous blogs I proffered the opinion that music and art are something different for different people. This idea leaves a disquieting confusion so I organized it all into the;
Rising Scale of Music and Art
1.On the ground level we have elevator music, muzak and all forms of music and art that are merely for decoration or a soothing background. Things not engaged in or paid attention to, just there to fill in the silence or empty spaces. Here we find felt paintings, and the art the nouveau riche put up on their living room walls.
2.Next is music and art for entertainment. The Concise Oxford English Dictionary defines the word ‘entertain’ as follows; v. provide with amusement or enjoyment. Interestingly the origin of the word  ‘amuse’ is “from a-(expressing causal effect)+muser ‘stare stupidly’  Thank God there’s none of that going on anymore.
3.Above this would be music and art that holds up a mirror to society. It gets people to wake up and see reality, in other words. In this category we find much satire. An example would be the opera
Rise and Fall of the City of Mahagonny composed by Kurt Weill to a German libretto by Bertolt Brecht.  Another example is A Day In TheLife Of A Fool by The Beatles.
4.Still above this is music and art, which elevates. A prime example of this is almost any Beethoven. Here is an historical account of Beethoven’s playing by a contemporary, Ferdinand Ries; “His extemporizations were the most extraordinary things that one could hear. No artist that I ever heard came at all near the height which Beethoven attained. The wealth of ideas which forced themselves on him, the caprices to which he surrendered himself, the variety of treatment, the difficulties, were inexhaustible.” Beethoven is just an example, which stands out. There were many others in this category and the list is by no means limited to so called ‘classical music.” There are many examples of music that elevates in pop music, for example ‘It’s Getting Better All The Time’ on the St. Pepper’s album by The Beatles. It is unfortunate that music and art in this category seems to be getting more rare and some may never have the chance to have such an experience.

Email ThisBlogThis!Share to TwitterShare to FacebookShare to Pinterest
Labels: A Day In The Life Of A Fool, art, Beethoven, Bertolt Brecht, Kurt Weill, music, The Beatles