The Primary Colors In Music 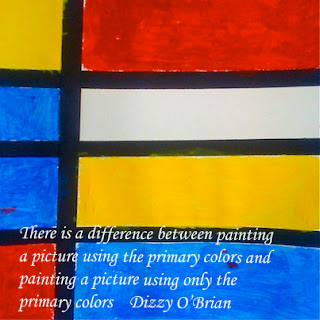 Music has it's equivalent of the primary colors and they are called the Primary Chords. They are also known as the Blues Chords. They are the three major chords out of a given scale. If you want more information about the Primary Chords check here. They are the most used chords in all of music, certainly in pop music as the video below will demonstrate in a humorous way.
But, if they are the most used chords, is it any wonder that groups are suing each other so much, saying that their material has been stolen?
The Primary Chords have been known for hundreds of years, in fact and composers have certainly tried to get away from them a bit as time went on. As an experiment, I wrote a piece that contains no primary chords whatsoever and, even though I think it's interesting this is not something I foresee doing on a regular basis. If you want to check it out, click here.  I call it "Second by Second" since it contains only the 'secondary chords.' (all the others except the Primary Chords.) It sort of floats in space in a directionless manner-nice once in awhile but I prefer some direction.
I think one of the more successful attempts at getting around the normal usage of the Primary Chords is the use of modes. A mode is just a different sort of scale and you can find out more about modes here. Here is a track I composed using a mode. It's called Ms. Olydian.
Anyway, if you have any doubts about what I'm saying here, check out this video by the AxisofAwesome;
at October 02, 2018

Email ThisBlogThis!Share to TwitterShare to FacebookShare to Pinterest
Labels: modes, the Primary Chords