What I Learned In Music School 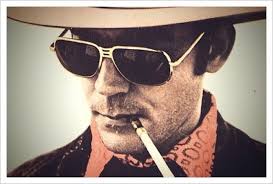 In my earliest youth, I was heavy on the classics; a Mozart and Beethoven man mainly. I definitely was fascinated and curious about the pop music and its culture, especially going into high school and starting to get high with my buddies.
It was mostly out of a desire to be ‘cool,’ as violinists and others who played in the school orchestra were classified along with the nerds of the scene.
That was tough.
Of course, I ended up going to a music conservatory called the Peabody (named after the famous philanthropist who started it, not the dog.)
My first acquaintance at the school was my new roommate, Dave (alias ‘Big Nose’,) who became one of my best friends ever.
Dave and I shared the desire to learn about and experience all the strange new changes that had gone on in our society. We lost no time in establishing a counter culture to The Peabody. A conservatory is an institution that is conserving the tradition of so-called Classical music as it goes back several hundred years.
Pop music, at least in the conservatory, tended to be looked down on as a debased form of music. The composition professor there, at the time, was famous for saying that jazz wouldn’t last.
It seems that, in no time, I had turned into a self-styled Hunter S. Thompson; ringleader to the other classically disenfranchised (of which there were quite a number,) taking them on the Magical Mystery Tour and initiating them into the Cave Of The Unknown.
Some survived and some didn’t, what can I say?
Anyway, it kind of started one day when Big Nose and I were tripping and driving around the city in my little Falcon station wagon. (A ‘woody’)
We had the radio on, of course, and suddenly began to decide that pretty much whatever song we were listening to, at the time, was the best music ever and our favorite music.
Big Nose began to make a list, and it ran like so;
‘Please Mr. Postman’
‘Brahms Third Symphony’
‘Back In The USSR,’
and so on.
Next we instigated a weekly event in our dorm room called ‘Music Appreciation.’ This was a highly ritualized activity that may or may not have involved a bong made from a Pringles Potato Chip Can. After the overture, as it were, music that everyone had brought was played with no program structure other than everything would get played no matter what it was. It went on for a couple of hours with a room full of students listening to random selections from all different genres and time periods.
So what did I learn in music school?


That a ‘genre’ is just a label and that there are more similarities to music of diverse genres than there are differences and good music is good music no matter where you find it.
at November 10, 2019