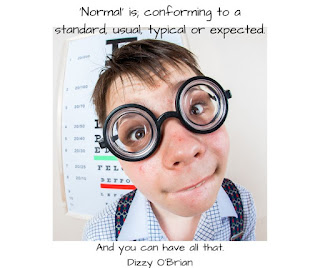 We are starting to see more talk about returning to ‘normal.’ I would like to point out the definition of ‘normal,’ which is; “conforming to a standard, usual, typical or expected,” which means that, if we were in a ‘normal’ condition before, a pandemic could not have crept up on us, therefore we were never in a state of ‘normal’ to begin with.
Well, these things happen, you might say. It’s bats or rats, as in the case of the bubonic plague.
Well, here is an interesting article; https://wwwnc.cdc.gov/eid/article/8/9/01-0536_article
It talks about how the bubonic plague was used as a biological weapon during the siege of Caffa by catapulting corpses that were infected with the plague at the enemy. I doubt this was the first time it used in this way. My opinion is that it probably goes on back to the ancient Egyptians who were likely among the first to stockpile this virus.
This article also mentions this practice of stockpiling viruses in passing;
“Despite its historical unimportance, the siege of Caffa is a powerful reminder of the horrific consequences when disease is successfully used as a weapon. The Japanese use of plague as a weapon in World War II and the huge Soviet stockpiles of Y. pestis prepared for use in an all-out war further remind us that plague remains a very real problem for modern arms control, six and a half centuries later.”
Y.pestis is the bubonic plague and a group of doctors worked tirelessly for around a decade to completely eradicate this plague (they were working mainly in India) only to have the major governments of the world turn around and stockpile the plague by the metric ton.
Don’t think our government is not doing this as well.
There has been a lot written on how the Communist Part in China covered up the true facts about the Corona Virus. One expert pointed out how the Communist Party cannot help but lie about everything, which makes it look somewhat more innocuous.
But let’s play Devil’s Advocate and suppose a virus was intentionally released. Who would profit from such an act and how?
Well, it could be a biological weapon used by one country against another as we have talked about. Here we are following Chin’s lead in the tactics of virus control, which is, at the same time, putting a stranglehold on the world economy. Meanwhile, at this same time, China is returning to ‘normal,’ and getting its economy on the road again.
Others have cited that there are certain factions that want the world population thinned out and they would be cheering this situation on if not responsible directly for it. Not only is the population getting thinned out but the rest have been put in either a ‘waiting mode’ or a purely survival mode. Think about the names given to these things; ‘social distancing,’ (yes, we are not just physically more distant but socially more distant from each other) AIDS, (just who does it ‘aid?’)
As long as we expect that large central governments are needed to take care of us, they will ‘take care of us,’ and this will continue to be the normal we return to each time.