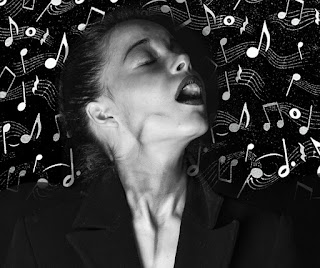 Some time ago, I ran an internet radio station and I interviewed various musical artists for the show. One, in particular, had a very interesting story.
She, at one time, had a contract with Capitol Records and she said that one upon a time, they had a division for just about every musical genre; Pop, Jazz, Motown, Rock and so on. Well, they changed management and all of these divisions were shut down.
Why was this? Well this was the beginning of record companies deciding that it would be much easier to offer just one or two acts and build up the hype artificially, rather than try to give people too much of a freedom of choice over what they wanted to hear.
Like the Pied Piper, they would call the tune and decide what people should listen to. Freedom of choice came down to deciding between the cute black kitten with the white stripes and the cute white kitten with the black stripes.
But a society that allows itself to be dictated to about its musical tastes has no vision or self-determination. This sits right at the root of the downward spiral we are in at this present time.
Fortunately along came the internet and online music. The problem was solved, if inadvertently.
The irony is that good ideas do exist and there are people who do have the answers but they are being suppressed. Thus the great responsibility with online music for artists to be in control of their art and how it gets distributed.
The society has, for too long, glibly asserted it was a free society with freedom of choice and that its two party political system is democracy in action. Freedom of choice and being told what to pick from are not the same thing at all, especially when the handful of baubles one gets to choose from won’t solve a thing.