What Is A Blue Meanie? 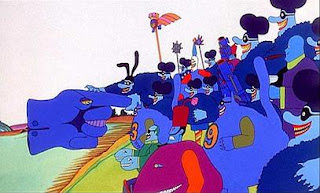 I want to say right off the bat that a ‘Blue Meanie’ is not a mushroom. Someone who would name a mushroom ‘Blue Meanie’ is just another example of somebody connected to a movement or culture who doesn’t have a clue, or worse, as I hope to make a credible case for with this blog post.
‘Blue Meanies’ are characters from the animated feature ‘Yellow Submarine,’ featuring The Beatles and the art of Peter Max. The story is about Pepperland, a colorful place where children have colorful balloons and whirligigs.
The ‘Blue Meanies’ include the leader, a character with crab-like cutter hands, a giant glove and a host of others. The ‘Blue Meanies’ spend their time cutting up the balloons and whirligigs and Glove points/accuses people and also pounds them into the ground. The actions of the ‘Blue Meanies’ drive Pepperland into a state of apathy and grief.
This is pure fantasy, right?
Well, let’s take another look at how psychedelic and surrealist art can function.
There is a ‘reality’ underlying everything we perceive. We don’t see this underlying reality because it’s covered over with confusion, misdirection and falsely attributed cause.
The underlying reality is very simple but the reality we perceive is very complex because it involves the workings of the mind and this must be complex because this is what we demand of it; complexity and circuitousness.
‘Yellow Submarine’ contains and astonishing amount of reality. There is probably more reality in it than in any other work in this day and age.
Pepperland is Elysium or Oz or whatever you want to call it but it’s an ideal existence. The balloons and whirligigs are the dreams of the children of Pepperland or any place for that matter.
The ‘Blue Meanies’ are the suppressive actions and the individuals setting those actions in motion that suppress the dreams of others and so keep humans from reaching any kind of an ideal state.


At the end of the movie, John states that there are new and Bluer Meanies on the horizon and there are, brother, there are.
at December 22, 2019 No comments: 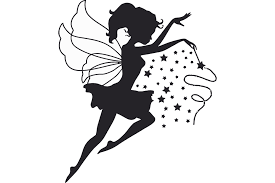 Imagination gets short shrift in this real world we live in. And what is reality but what people agree upon. If you look up the definition of real, one that comes up is ‘not imaginary.’ Evidently ‘imaginary’ is just in the mind and ‘real’ is something else.
But haven’t they established that all perception is processed in the mind? In other words we look at a mass of light waves and our brain tells us it’s a table.
I’m not saying real is a bad thing, necessarily. It can be handy and very workable to have some sort of agreement when working and living with others.
But, let’s face it. It begins to stretch out beyond objects ‘out there,’ to concepts that do entirely exist in someone else’s mind.
Things pass for reality that are never fact checked. They come from an authority such as the Internet or a paper or a talking head. They come from teachers and elders, parents and ancestors. They come from scientists who even know that, if you do research with a specific end in mind, you will find evidence to support it.
‘Imagination,’ however tends to be discouraged. It’s not ‘real.’
Little kids are discouraged from spending much time in imaginative endeavors by their parents who worry that they won’t ‘grow up’ and be able to cope with the hard realities of the world.
And so we take a look at our world and I’m afraid the hard question is; can you imagine anything different?
Because if we can’t, I’m afraid we’re stuck with what we have.
Maybe some people are fine with this but others might be disturbed by the idea of even one human being who is cold, homeless and hungry. Some people might not be satisfied with the idea that war is the only solution we seem to have to any problems.


So don’t look for any change to come about from our current reality. Change will only come about from being able to imagine anything different.
at December 15, 2019 No comments: 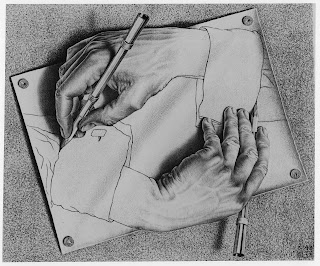 A song by The Who and a question asked of Alice by the caterpillar; ‘who are you?’
Most people answer by saying, well I’m Joe Blow or whatever name was given to them at birth.
So we are given an identity in the form of a name. We are more or less given a body with genetics that supposedly determine our physical characteristics. Beyond this, we are informed, educated as we grow up that we are human, we belong to a particular race and have a nationality. Our race and nationality have many more defining parameters that are added to our identity.
We can be informed that we are like different other people; family members, friends and other miscellaneous individuals in society. We are educated to have certain traits or behaviors acceptable in our society.
We can be given a purpose from our parents, usually or sometimes other older individuals and it can even go so far as to giving us a spouse not of our choosing.
It is the more rare individual that knows himself or herself well enough that they can decide their purpose in life.
Once in awhile a movement comes along that says we most certainly are none of the above. We are not a name, a number or any of these things that society has tacked on to us and said ‘this is who you are.’
It’s a movement to get back to whatever is real under all the false identity that is taken on while growing up in almost any society.
It says these identities are too cookie cutter alike, producing a society of clothing store dummies all false and shallow, unhappy that they are not being who they truly are.
True there is a lot of misidentifying going on, (to make a long story short.) We can write lots of papers about what’s underneath and where it might have come from.
Interesting to contemplate but it may just lead us down another rabbit hole where we could spend a lot of time and get lost possibly. And would it help anything?
I submit for your approval the idea that you are what you create yourself to be. I would divide the universe into two; that which creates and that which follows along, sort of trance like (or that which is created.)
Probably why it was a caterpillar who posed the question, someone that knew existence was all about change.

Email ThisBlogThis!Share to TwitterShare to FacebookShare to Pinterest
Labels: Alice, The Who, Who Are You 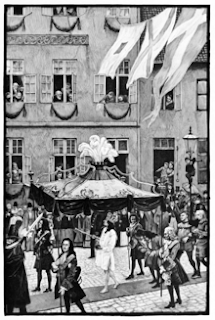 For those who have never heard of it, Hans ChristianAnderson wrote a short tale called ‘The Emperor’s New Clothes.’ It’s the story of a vain emperor who gets ‘taken in’ (no pun intended,) by a pair of charlatans, posing as tailors.
These charlatans tell the emperor that they are making a very special suite of clothes for him that anyone who is unfit for their position or “hopelessly stupid,” will not be able to see.
The trick is there are no clothes and the emperor, of course, parades around before his subjects unclothed and no one will say so because they are all afraid of being labeled unfit or stupid. Finally a young boy shouts out that the emperor is wearing no clothes.
This is a bit of an allegory, naturally, of situations which arise when someone keeps himself or herself surrounded by ‘yes men’ who are afraid to speak the truth for fear of losing their job status. It goes on in politics and it goes on in music and the arts.
When I was in music school, the Avant-garde was being championed as the latest, most advanced pinnacle of musical evolution. If you didn’t like the lack of aesthetics in this music, you were told it was because ‘you didn’t understand it.’ Hence people just began to keep silent on the subject and we had to wait a decade for this music to drive away audiences at the symphony concerts so that they started to go broke.
The same thing goes on with pop music since, if you criticize any of it, it’s because you’re simply not ‘hip enough.’
You’re going to lose your job status and get called “hopelessly stupid” if you speak your mind about very much these days.


Actually a this is why a good ruler would keep a ‘fool’ in his court since a fool was known to be crazy and would not get punished for the things he said, hence the ruler could look to his fool for the truth of the matter.
at November 24, 2019 No comments: 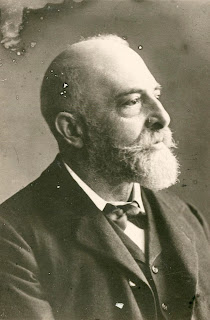 Leopold Auer was a great violin teacher in the late eighteen hundreds who trained such stellar artists on the instrument as Mischa Elman, Jascha Heifetz and Efrem Zimbalist, so he must have known a little something about music.
He wrote a small book called ‘Violin Playing As I Teach It.’ This little book contains a wealth of useful information about violin technique and music in general. As to the subject of tradition, he had the following to say;
“Tradition in reality weighs down the living spirit of the present with the dead formalism of the past…. Beauty we must have, tradition we can dispense with.
How is a violinist to conceive the meaning of an older work which he may be studying if his own musical instinct, his freedom of conception, are obfuscated by the dictum: ‘This must be played in such and such a manner, because so and so played it that way two hundred years ago?’ “
He is talking about interpretation here and he makes it clear that any attempt at phrasing or interpretation will fall on its face without a solid technical support.
Too many, in the recent past, have tried to use the idea of breaking with tradition as an excuse to not have the discipline to learn the technique required for what they want to do. These end up simply frustrated.
But now, let’s look at how this view applies to creating. In conservatories, in the composition department, you run into the same things being said; ‘You must write in such and such a manner because so and so wrote this way a hundred years ago, or so and so is writing this way now.’
Tradition accrues pretty darned fast in the arts. I daresay that pop music has been around long enough for it to have its own traditions. Certainly there exists a whole school of guitar technique for pop music with its pentatonic scales and blues chords.
Granted this is the solid technique that I spoke of that you need and should have in playing pop music.
But there are four other chords in a scale and as many other types of scale that you could shake a stick at. There are also quite a number of other meters besides 4/4.
Just take a look in The Beatles or Frank Zappa.