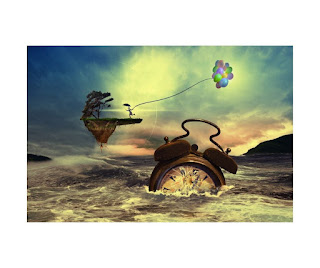 Dreams don’t die. Difficult to prove but I am, nevertheless, convinced of this reality. This is what makes our existence difficult. It would be easier if dreams did die and we could be rid of them but they don’t. We live in the sure and constant danger that they could return at any time.
I’m not talking about the run of the mill dream state of our ‘normal’ existence. The question of whether you are a person dreaming you are a butterfly or a butterfly dreaming you are a person is really a moot point. The question here is what reality serves you better? And will you wake up from the dream and make a decision about it.
The dreams I’m talking about are those dreams that we don’t know where they come from; the really spectacular, magical dreams, the dreams of creation and mystery.
I believe everybody has these, you see, whether they know it or not and, as they grow up and become logical, normal adults, they try to ignore these dreams.
These dreams are classified by society as ‘fantasy.’ Fancy something as temporal and transparent as society calling something else unreal.
People who speak of these dreams too long into adulthood are labeled ‘dreamers,’ people who are out of touch with reality. They are shunned and invalidated until they start to ignore these dreams, perhaps thinking the dreams are gone but they aren’t.
They know the dreams are still there.
Perhaps the dreams are sent to an island where forgotten dreams live but I think people become skilled at not seeing things that are plainly in front of their eyes. I mean, this is rather obvious, if you look at it. Just look at the news. It’s full of things that are supposed to be the cause of our problems but they aren’t.


As I said, it would all be well and good if these dreams just went away but I wouldn’t put money on that.
at July 21, 2019 No comments:

Deciding Makes It So 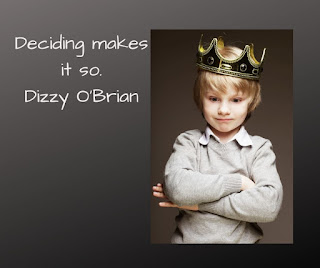 Well, I’ve written a lot about how everyone is connected to source. That is how everyone has his or her own muse, so to speak. In my blog post regarding muses, I wrote about how muses, or gods, goddesses, were personifications of natural forces. This was back in the times of ancient Rome and Greece and on and on, before that.
I wrote about how the people in these cultures would align themselves with the qualities that a particular god might possess in order to ‘invoke’ or ‘call’ that god so that they would be imbued by that god’s ‘spirit’ and receive answers to their questions and prayers.
Yes, often this involved drugs, dancing and incense, to say the least.
Suppose, for the sake of argument, that everyone had some portion of their mind that was all knowing; it had all the answers and was capable of brilliant creativity among other things.
Suppose this was how beings had started out, only they became so bored with knowing everything all the time, they made a decision to be a lot less knowing.
Would create an interesting game, perhaps, and, perhaps there would start to be a heck of a lot of other decisions being made, kind of becoming less and less educated sorts of decisions until, viola!, you have a reality that’s based largely on what other people say is real.
Before you know it, you are being limited by what others say you can or can’t do; friends, parents, teachers, television, you name it.
Is that voice in your head that tells you you can’t do something really your own?
What happens when you decide to reach for something more? Does a chorus of neighbors and family members show up inside your head and tell you it can’t be done or you don’t deserve it and you’re evil for even thinking such a thing?
I’m pretty sure that’s what goes on?
What needs to be done about this?


Just decide not to listen? Just decide to master your own thoughts? Could it all be as simple as that?
at July 07, 2019 No comments: